“Artificial intelligence” and “machine learning” have become common workplace buzzwords over the last decade. Representing the cutting edge of workplace innovation, these technologies both inspire and intimidate in equal measure, with the promise or productivity gains coupled with an aura of science fiction.

The reality however, is far less mysterious than the terms themselves, with both technologies already having a profound impact on the world we live in. Grammar checkers, voice assistants, driving aids, speech recognition software, and email filtering are some of the most recognisable applications of these technologies. As technological progress accelerates further, such advancements are likely to become far more prevalent in the coming years.

The simplest definition of AI, is the ability of a machine or computer programme to mimic the cognitive abilities of humans. This means the ability to reason, solve problems autonomously, exercise independent judgement, learn from past experience and a host of other abilities we have come to associate with intelligent beings rather than machines.

AI differs from conventional computer programmes in its ability to make sense and rationalise data that would completely flummox traditional software. A conventional computer programme operates within a defined set of rules, executing actions based on a set of expected input variables. AI on the other hand has the ability to make sense of messy, imprecise data and execute a judgement based on its ability to learn from experience.

Machine learning is a sub-genre of A.I rather than a separate technology. It refers to the ability of software to detect patterns in data streams and adapt its actions as required with minimal outside interference. Machine learning can be applied to pre-existing data (such as database information) or it can be applied to new streams of data using inputs such as sensors, cameras or microphones.

As a machine learning algorithm is fed data, its ability to spot trends and recognise commonalities improves as time goes on. For example, if you wanted to create software that could read speed limit signs, you’d feed image data of tens of thousands of signs to a machine learning algorithm. As the algorithm processed more data, it would start to learn how to read the signs based on common features and ignore irregularities – dirty, damaged or leaning signs would eventually become readable as the software to distinguish the important data from the background “noise.” 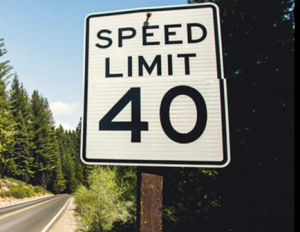 Despite the increasing pervasiveness of A.I and associated technologies in the business world, there remains a degree of hesitance with regards to its adoption. Some business leaders remain concerned by the possibility of A.I depersonalising their business, with machines eventually replacing their human workforce. For others, there is a persistent belief that such technologies are designed for mega-corporations with big budgets, and that the benefits of A.I are simply beyond their reach.

Neither of these assumptions is accurate.

A.I and Machine learning are best thought of as the labour-saving devices of our time. When steam and coal-power mechanised production, workforces adapted to these new technologies and roles changed to accommodate the advancements. Similarly, A.I and machine learning are there to complement and support your team, not replace them.

These new technologies can be applied to the clunkiest, most time-consuming data handling processes, freeing up staff hours for value-adding tasks that humans excel at. While background processes such as financial reporting, HR duties and expense filing are vital to many businesses, your clients aren’t aware of them and don’t receive any value from them; so why not automate them? Doing so will give your team the time to foster better relationships with clients and partners, develop business strategy, perform tasks which require human creativity and even invest more heavily in training and development.

While humans have their strengths, there is no getting away from the fact that technology is simply better suited to certain tasks. A.I programmes can carry out multiple actions simultaneously and transfer data in seconds as opposed to the minutes it might take a human operative. Machine learning algorithms are much more efficient at spotting discrepancies, errors, trends and correlations in data than humans, and software programmes execute workflows without error every time!

Lastly, while A.I and Machine learning used to be the preserve of science fiction, such technologies are now ubiquitous, and are more accessible to SMEs than ever before. Adopting these tools will help your organisation stay ahead of the pack and give it a competitive advantage in a turbulent and ever-changing world.